Next interview up is with the amazing and imaginative Ingrid, check it out...
1. Fill me in on your background, where are you from and how did you get in to photography?

I live in Brisbane, Australia. I developed a fascination for photography a couple of years ago during a difficult time. I had just started taking dance classes again when after a few weeks I re-dislocated my knee and was told to just stop altogether until I got a knee reconstruction. I was left feeling depressed and without a creative outlet until I found Flickr and Rosie Hardy’s work. I don’t even remember how I stumbled upon the place, but I was instantly intrigued and amazed; I was clueless as to how she made such beautiful images. So I decided to pick up photography as merely a hobby. Over one year later, and it has become so much more.

I’ve had so many influences over the years so it’s difficult to pick just one. In terms of other photographers, it would have to be Brooke Shaden. Her work is otherworldy, dark and unlike anything I’ve seen before. Every pixel of her photos has a meaning and she has pushed the boundaries of the art form like no other. I’m also influenced by dance and movement in general – from the choreography to its execution. I particularly love Dana Metz and Dee Caspary’s work, and the way Ida Saki connects to music. 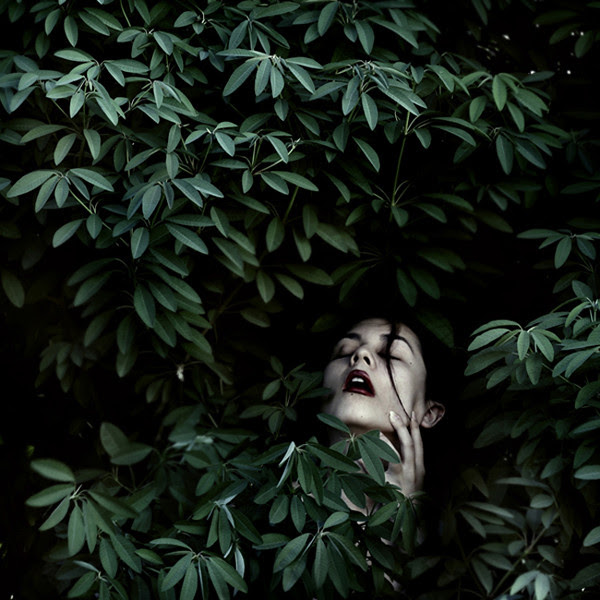 I like almost all styles of photography. At the moment my main interest lies with self-portraiture since it is what I do, and I love seeing how others use themselves to bring concepts alive. Usually anything with people will catch my eye as each photographer can capture a different quality in a person and in particular, documentary and street photography for they are raw and uncontrived. Landscapes are another favourite as I love nature and its untouched beauty. 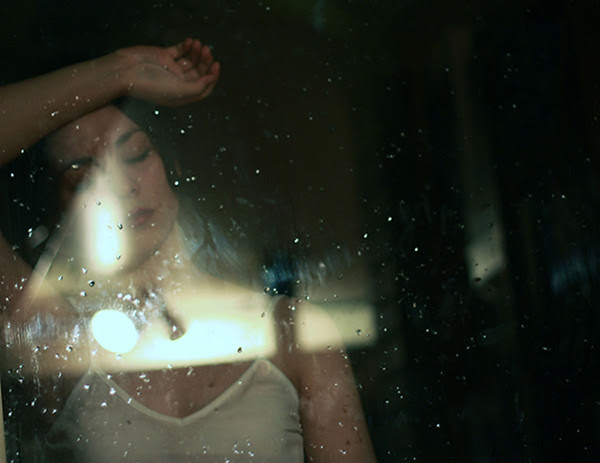 It varies. Sometimes I’d build a concept around a prop I found at home, or one that is either cheap or easily accessible. Other times I would scout for a location and go from there. Inspiration would come at the strangest times, and when it does, I can visualize the exact image I want to produce, and then progress onto making minor tweaks. I used to not sketch out ideas, but after forgetting quite a few, I’ve started to put them on paper. Then it’s onto 1-2 hours of shooting followed by a good couple of hours of editing, depending on the image.

I use a Canon 450D, 50mm f/1.8, natural lighting, Photoshop CS3, a step ladder, a freshly broken tripod and on rare occasions I’d whip out the 18-55mm f/3.5-5.6 kit lens. Oh and most importantly, insect repellent! Everywhere I go is swarming with mosquitoes and all other kinds of insects; I don't know what I'd do without it. 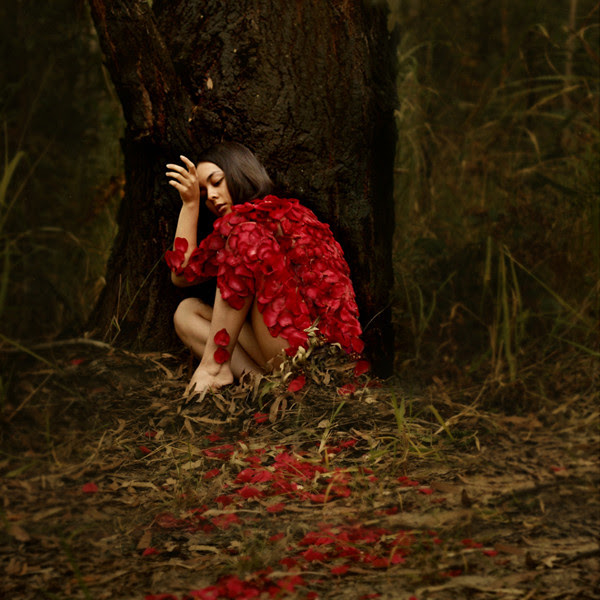 I just hope to keep going with photography in general while exploring different styles, and gain as much knowledge and experience as possible. There are so many aspects that I am yet to delve into, and at times I feel like I am missing out on so much.

7. Why do you think people are drawn to fashion photography?

It’s glamorous and idealistic, from the clothes to the models. I think we’re naturally drawn to pretty things, and sometimes, in our day-to-day lives, the idea of something that is close to perfection can be a welcomed escape. 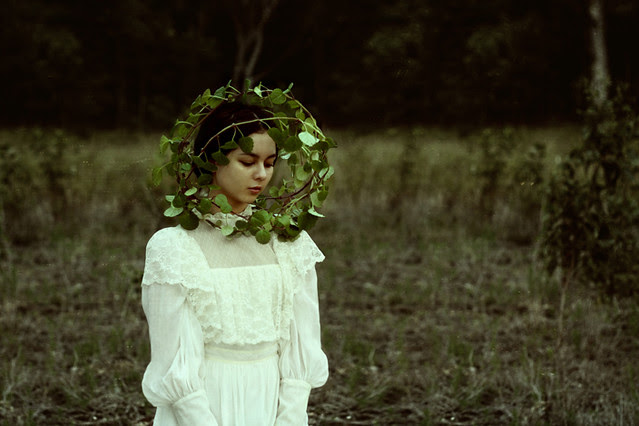 8. What draws you to a particular model? What do you look for in a model?

Besides taking simple portraits of friends, I’ve never worked with a model for any of my conceptual photos. If I was to shoot with a model (and I hope to in the future), I would look for one who has a solid dance background and can therefore still manipulate their body. They would also have to be someone that is easy to work with.

9. Who are some other photographers you admire?

Make sure you have a solid concept or meaning behind your photo before you set out to shoot. Be prepared to explain its meaning to strangers and do not be afraid to step out of your comfort zone.

11. Your photos seem to incorporate your surroundings and the elements, is this a big part of your style?

Very much so. I’m intrigued by the relationship humans have with nature, from the basic reliance and the struggle to the similarities between the life cycles. There’s that, and the fact that I do not have access to indoor spaces that are large enough with adequate lighting.

12. What is your favourite photo taken by another photographer? 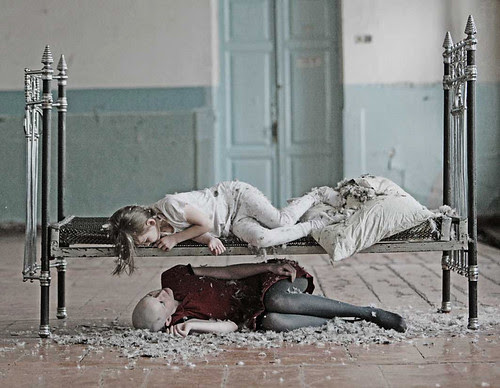 To me, the photo represents yin and yang, and I often find myself revisiting it. Put simply, it has everything I look for in a photo.

13. What is your favourite photo you have taken? 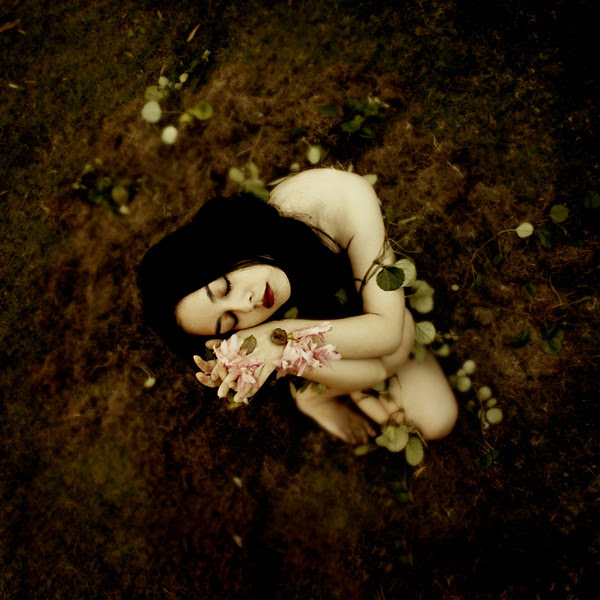 A difficult question, but right now it would have to be this one. Looking back, I’d say it was my ‘breakthrough’ towards producing the kinds of photos I am at the moment.

Films: Memoirs of a Geisha, The Shawshank Redemption, Fight Club, The Freedom Writers, the LOTR trilogy, Band of Brothers.. 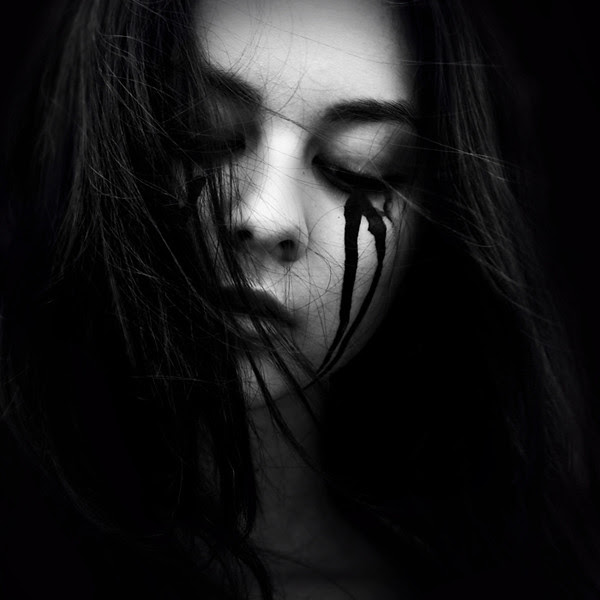 15. What has been your biggest achievement so far with your photography?

When people tell me that I have inspired them in some way; it’s one of the greatest compliments to receive (IMO).

16. Do you think it’s hard to be original in photography? How do you keep your ideas original and fresh?

It’s downright impossible to be 100% original with anything these days. But in saying that, we take aspects from millions of sources; everything we are exposed to gets ingrained and processed in our brains, and somehow, all those snippets of information are rearranged to form into something ‘new’. I just do what feels right and I think the combination of self-portraiture, dance and nature is somewhat unique. I’m a visual/kinesthetic person, so I see everything in moving images. Sometimes I feel my head getting ‘clogged’ with these so I just try to get them out whenever I have the opportunity. I try not to deliberately base my photos on others, but rather, wait for the images to come to me.

17. Which photographer do you think I should interview next and why? 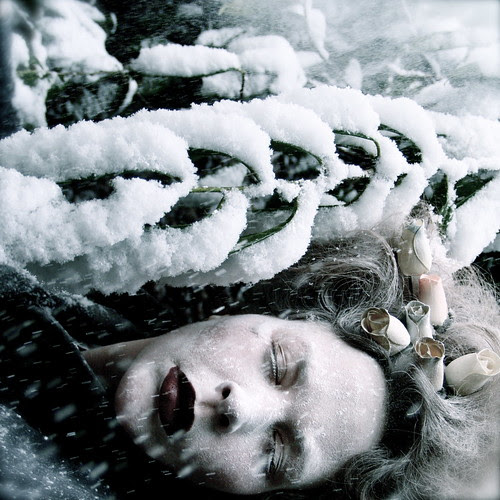 Helen Warner. Her photos are fantasies with a dark twist, and just downright magical.


18. Do you often change a lot of the original photo in Photoshop?

I feel like I might be getting there, now that I’m applying dance to self-portraits. Then again, I’m still in the exploration phase so I’m not overly concerned about attaining a unique style. That’s usually the last thing on my mind.

20. Do you prefer studio or location?

I can’t pick as I have not used a studio before. However, I can see the pros and cons of both. Right now, I much prefer outdoor locations.

It’s similar to the 365 project, but more achievable in the sense that it is only one photo a week for a year.

I have plans on creating a short film that will basically bring to life one of my future photos. It will be a combination of dance, nature and fantasy, and depict a struggle. It's so vivid in my mind so it's now just a matter of saving up money to hire the equipment and finding the time to do it. 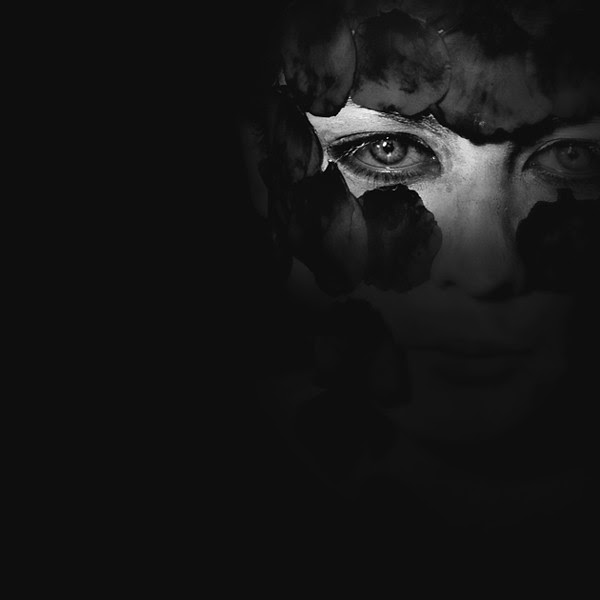 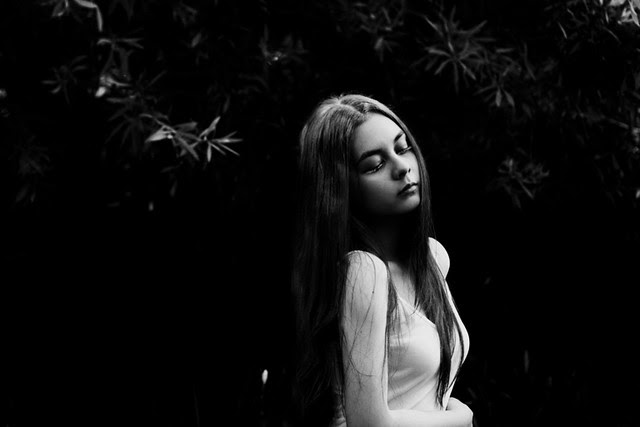 I’ve always wanted to be a ballerina but as I grew older I realised I did not have the correct body type. From there I would go through phases: one day I wanted to be a hair stylist (when I figured out how to do my own hair), another it would be a teacher, and at the peak of her career I wanted to be a performer like Britney Spears (hahaha). There are more and honestly, far too many to list. I was a dreamer, and still am.I’ve had so many influences over the years so it’s difficult to pick just one. In terms of other photographers, it would have to be Brooke Shaden. Her work is otherworldy, dark and unlike anything I’ve seen before. Every pixel of her photos has a meaning and she has pushed the boundaries of the art form like no other. I’m also influenced by dance and movement in general – from the choreography to its execution. I particularly love Dana Metz and Dee Caspary’s work, and the way Ida Saki connects to music. 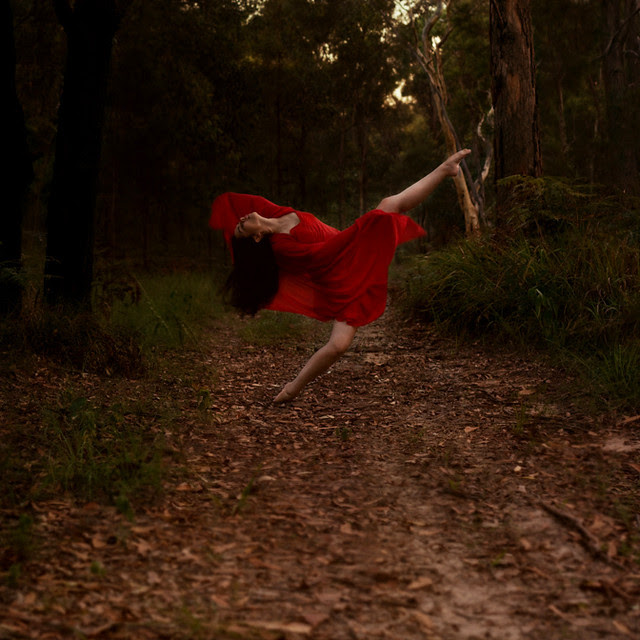