What's it like to shoot a band you love? As you would imagine really, you get nervous you won't be able to pull it off, you worry you'll say something stupid, and even though I've taken Johanna and Klara's photo before and think of them as my buddies now, doesn't really change the monumental fact that, I get to capture these people that I truly admire...and opportunities like these are exactly why I do what I do, where I want to go, it's why I take photos.

This is the reason I wanted to start this series, a series where I capture and chat to people I admire, because taking the portraits of people who I find fascinating and who's brains make me wide eyed, it's just in my heart to want to freeze it on film...or, you know, digital data. I won't be uploading all the time, this series will be purposeful, considered and therefore more slowly paced, but I promise I will pour myself into it.

So here is the first of the series, asking the untold questions with First Aid Kit. 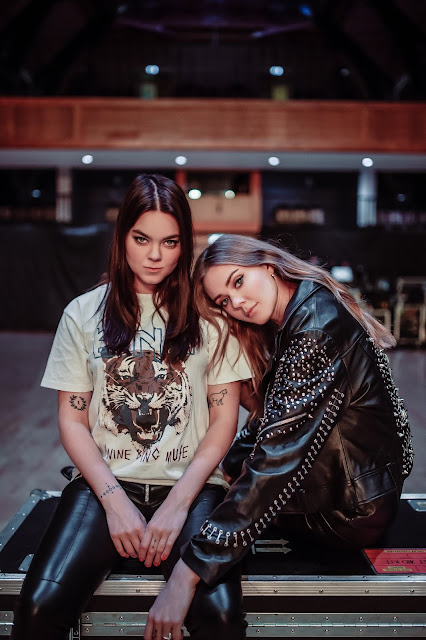 1. What song do you wish you had written?

Honestly, we wouldn't have wanted to write any of our favorite songs because then we wouldn't be able to appreciate them in the same way. For example, Hallelujah by Leonard Cohen. It's got one of the most classic melodies and lyrics ever...part of the fascination with that song is not being able to understand how you can write such a masterpiece. 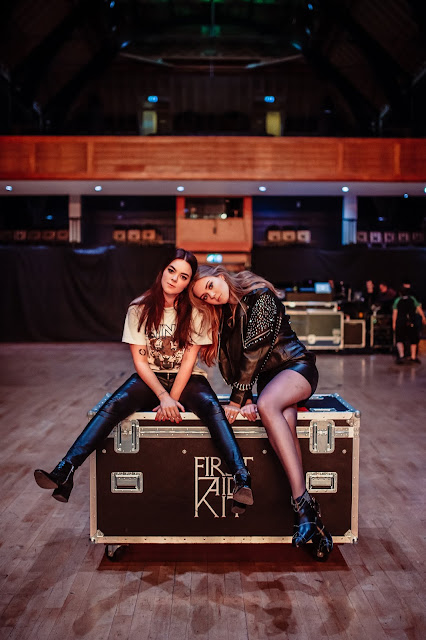 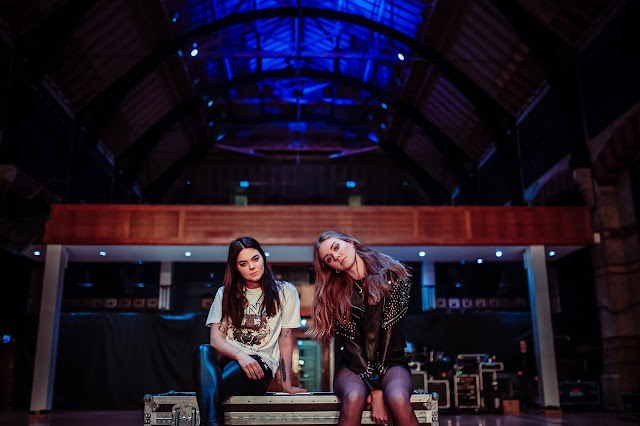 2. What’s your favourite of your songs?

We never listen to our own music besides when we're in the studio recording or when we're on tour and play them live. Our favorite song to play live changes all the time. Currently we love playing a song called Nothing Has To Be True. It's the last song of our main set. It starts really sparse, we each take turns to sing the verses. It slowly builds towards something epic in the end where we all can let go and rock out. It's freeing. The lyrics are probably the saddest we've ever written. It's about feeling lost on the road and in life in general. 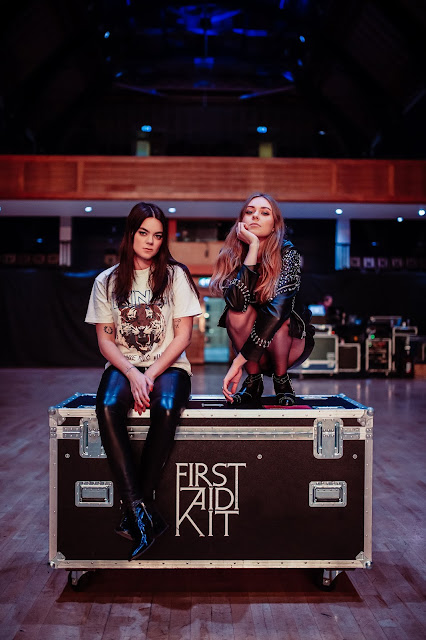 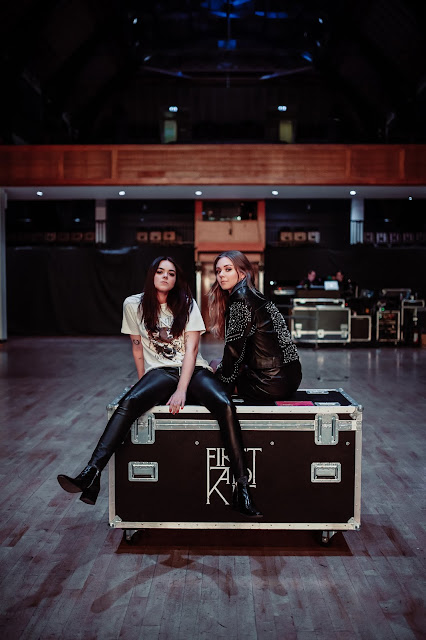 3. Who are your favourite bands with siblings in?

Before we started making music we didn't listen much to other sibling acts, but since then we've found so many. There truly is something magical about siblings making music together. We've been very inspired by The Louvin Brother and Everly Brothers in terms of their harmony technique. We love The Staves who we're currently touring with. HAIM are so much fun, Angus & Julia Stone are fantastic too. Others worth mentioning would be Kate & Anna McGarrigle, The Secret Sisters, The Roches and Heart. 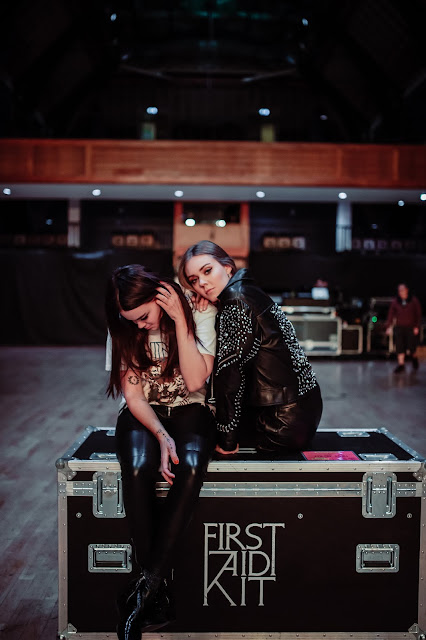 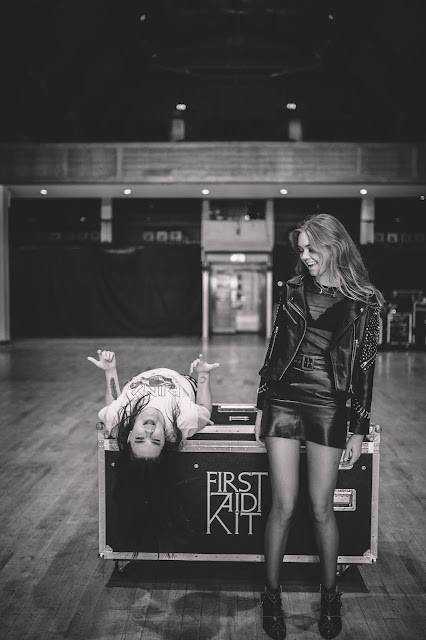 4. If you could change your band name what would you change it to?

Something a little more search engine optimized. Maybe "The Soderberg Sisters". Simple but on-point haha. We like our name though. There's a meaning behind "First Aid Kit": music can be a plaster for the soul, a helping hand throughout life. 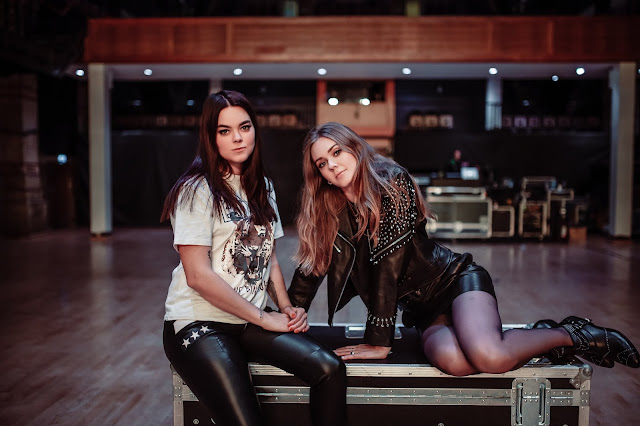 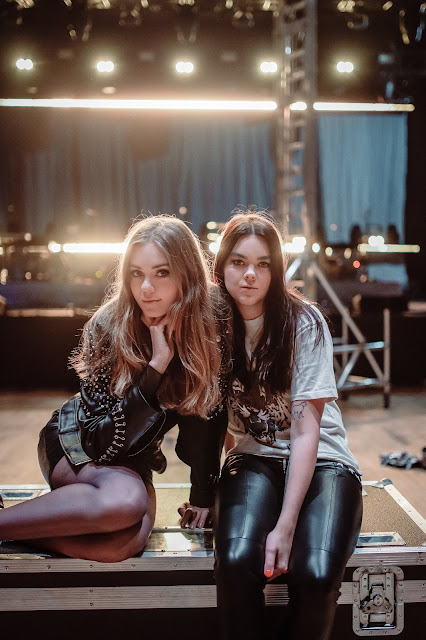 We love the soundtracks of Jon Brion, he did Eternal Sunshine of The Spotless Mind and Lady Bird for example. He also worked a lot with Elliott Smith. Basically he's a musical genius. Another recent favorite is the soundtrack to Call Me By Your Name, those Sufjan Steven songs are so gorgeous and melancholic. 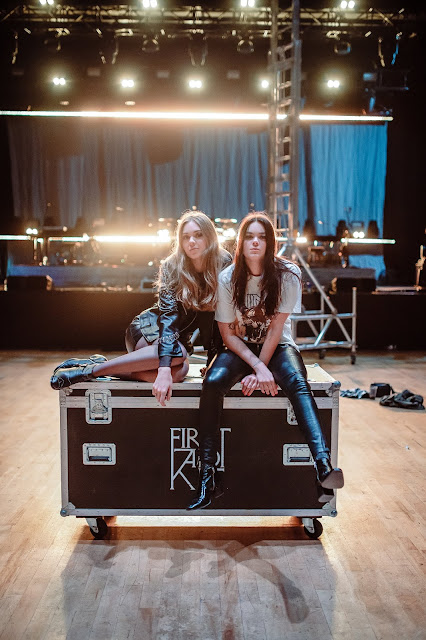 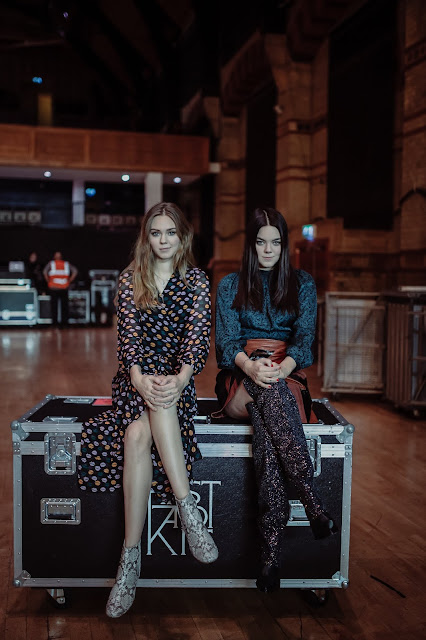 6. Which actors would play you in the film of your life?

Dakota Fanning would play Johanna and Emma Stone would play Klara. Ethan Hawke would have to be in it somehow because we're obsessed with him. Richard Linklater would direct it.  So when is this going to be made? 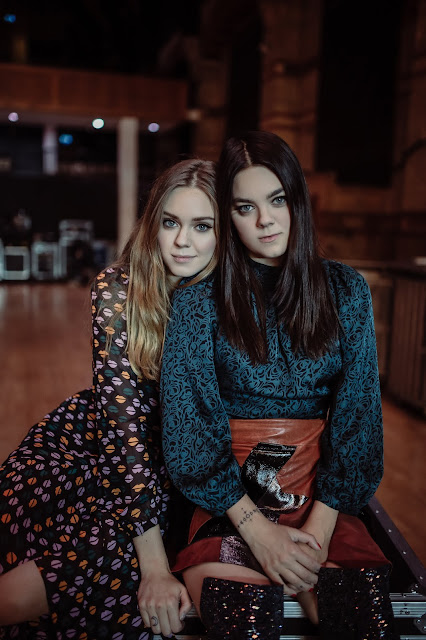 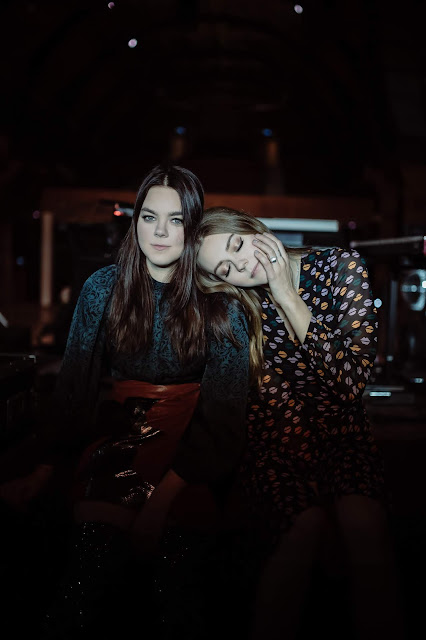 7. What did you want to grow up to be when you were a kid?

We were very creative as kids. We had a lot of down time when we were bored. So we were always singing, drawing, writing or acting. We wanted to keep doing that as adults. Never imagined those dreams would actually come true. Life is hella strange. 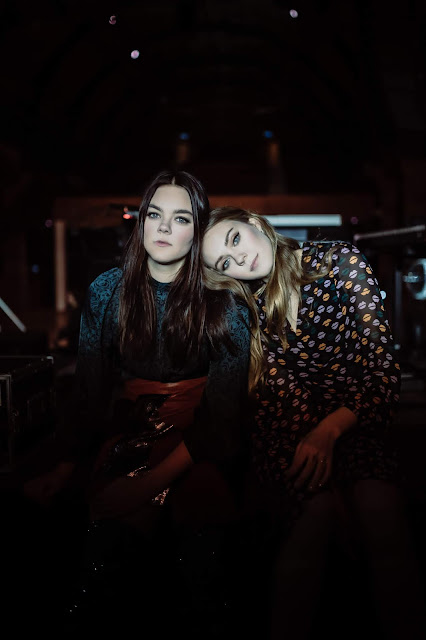 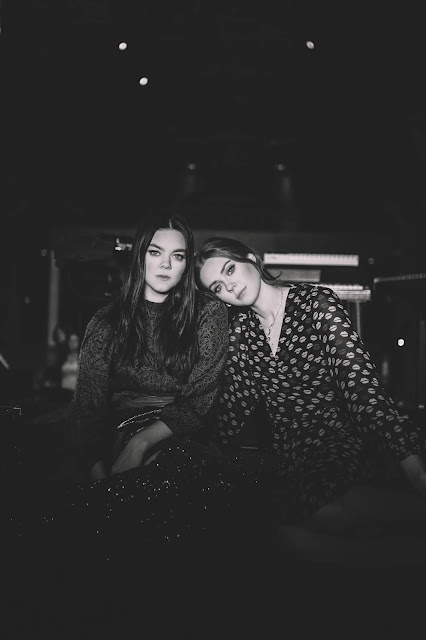 8. What’s your most memorable show?

It's impossible to pick one but there are a few shows that stand out. For example we just played two shows at Brixton Academy in London for 10,000 people. It felt like a milestone in our career. One of the shows was during Johanna's birthday, which falls on Halloween. We were all dressed up as Wizard of Oz characters (our favorite musical!) and sang Somewhere Over The Rainbow. It felt truly surreal and special. 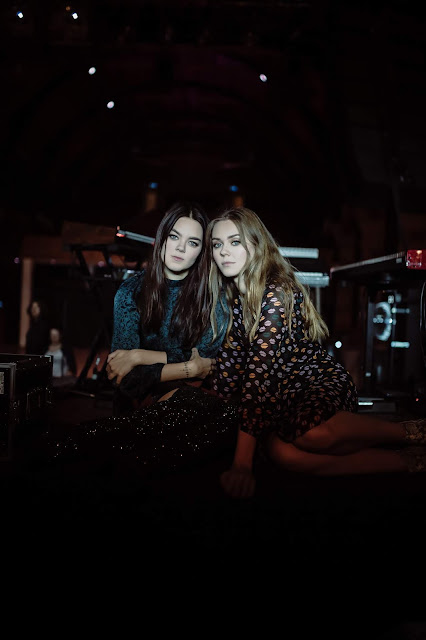 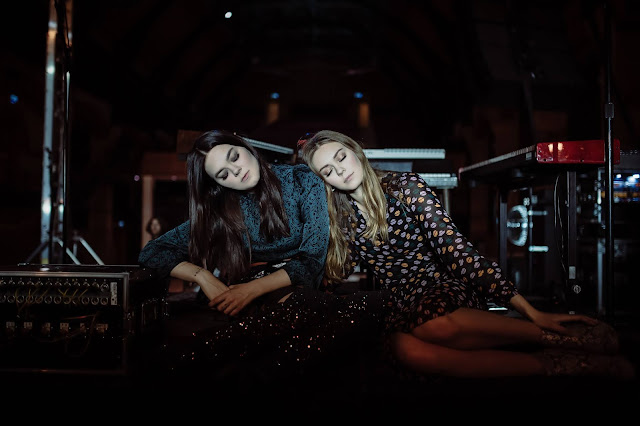 "When You Believe" by Whitney Houston and Mariah Carey. We love singing power ballads and getting to belt a little, something we rarely do in our own songs. It's definitely a crowd pleaser. ABBA songs are always appreciated as well. 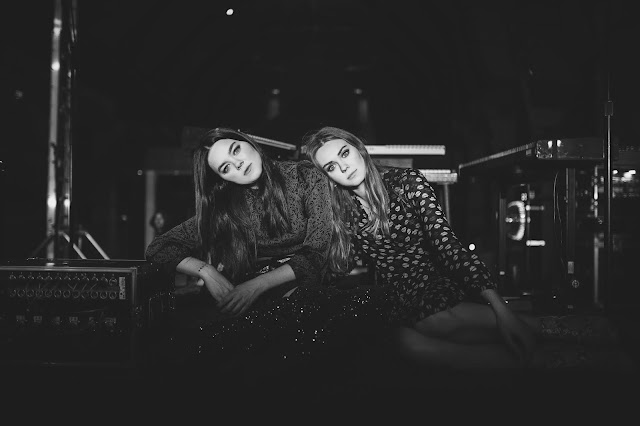 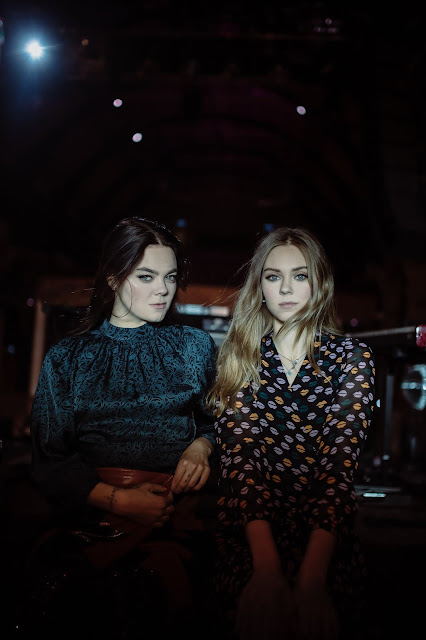 10. If you could go on tour with 3 bands/artists (alive or dead) who would you choose?

They'd all be dead, haha. Gram Parsons, Nick Drake and Townes Van Zandt. Guess we were born in the wrong era. 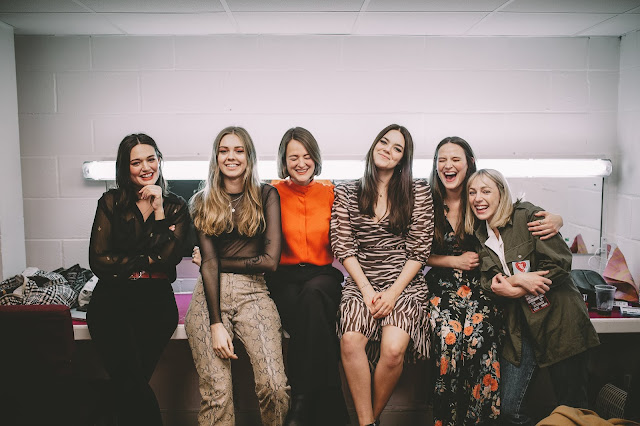