The Art of the Self Portrait - Feature interview: Nikoline

This is the first interview for the feature The Art of the Self Portrait, meet Nikoline...

'Who knows what you want in a photograph better than yourself.' - Nikoline

Well, my full name is Nikoline Rasmussen, I am 17 years old, originally Danish, but living in Norway at the moment. But I’ve moved a lot through the years.

I was born in Denmark, moved to the Netherlands, then back to Denmark, then to the US, then Sweden, then Svalbard, then to Norway, back to the US, and finally back to Norway. Other than that I’ve had a pretty normal life so far.

, originally uploaded by nikolinelr.
2. Why do you do self portraits?

I think that in many cases, self-portraiture is a start off or a confidence builder, at least in my case. I see many people start out doing self portraits, and then eventually going over to shoot other people. It’s like a way of practice I think, it is for me at least. I mean, who knows what you want in a photograph better than yourself? And if the pictures turn out like crap, you won’t feel as stupid as you maybe would if you had a model working for you. Plus, you are always there for yourself.

3. What process do you go through when you go out and shoot a self portrait?

I always have my backpack with my camera and props/clothes to change to, and my tripod and remote. I have these two main locations I go to; the forest not far from my house, and down by the shore, which isn’t far from my house either. So I go there and find a nice place to shoot and then the rest is pretty spontaneous. The only thing I really plan is the location. Some of my photos are planned beforehand though, but the majority of them are pretty spontaneous.

4. Your self portraits seem to focus alot on your surroundings, why do you think that is?

I like to depict people in nature. I mean, we’re really just a small part of nature, but we seem to forget that sometimes. Nature is so diverse, and I feel the surroundings or location in a photograph is just as important as the subject.

, originally uploaded by nikolinelr.
5. What got you started in photography?

Somehow I ended up on deviantART and saw a lot of photographers there and I got really inspired to take photos myself.

I got my DSLR in spring 2008. I started out taking close-ups of plants and that kind of stuff, but when I joined flickr and saw some of the self portraits there, I was inspired to try that out as well, and I guess it just went from there.

6. What is your biggest inspiration?

Anything really. But I’ve noticed I especially get inspired by light. People on flickr are also a huge inspiration.

, originally uploaded by nikolinelr.
7. Why do you think people have such strong reactions so self portraits and what is your opinion of those who think it is just narcissistic?

I guess some people at first glance might think a self-portrait photographer is narcissistic. You see a person frequently taking pictures of themselves, and whether we want to admit it or not, we sometimes follow the Jante Law (“Don't think you're anyone special or that you're better than us”).But I doubt that self portrait photographers are narcissistic. I know I’m not, I’m almost more the opposite.

People who think they are narcissistic, are just being narrow-minded and judgmental. I’ve seen people getting so called haters because they do self portraits, and I think that is ridiculous and unnecessary.

, originally uploaded by nikolinelr.
8. What advice would you give to people who want to capture a brilliant self portrait?

Oh, that’s a hard question. To maybe sound a bit cliché, I would say get to know yourself, be confident in yourself and get the connection between you as a model and you as a photographer. I often see photographs where you can kind of tell that there isn’t much of a connection between the model and the photographer. I think photographs like that can easily turn out a bit, well, boring, but that might be a matter of personal opinion. But when you photograph yourself, you have one of the best chances to really capture true emotion.

, originally uploaded by nikolinelr.
9. What do feel you get out of photography?

Well, it’s a hobby, so it mainly gives me something to do. Also, I like doing something that I know I’m at least a bit good at. Like, I envy people who are amazing at playing an instrument or a sport. I’m not good at either. 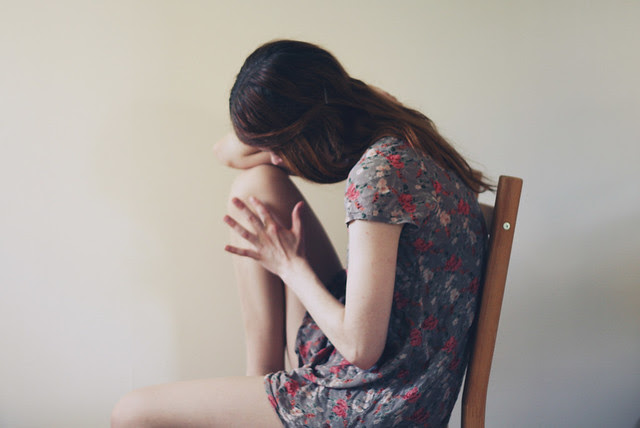 10. Which one self portrait artist would you suggest i interview next?

Hm, it’s hard to choose, because there are so many talented on flickr. But I would at least be interested in seeing an interview with raychel sonveeco: 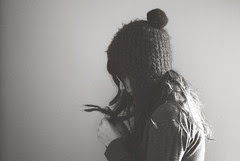 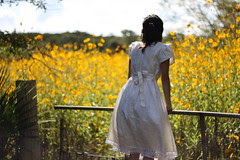 Originally uploaded by sea legs snapshots
I couldn’t decide between the two.

, originally uploaded by nikolinelr.
11. What is your best photography tip?

I guess what I wrote in question 8. And also, you should know your camera. Just take pictures as often as you can, because the more you practice, the more you will learn about yourself and your camera, and the better you’ll get.

, originally uploaded by nikolinelr.
Have a look at more of Nikoline's amazing self portraits here: http://www.flickr.com/photos/nikolinelr/